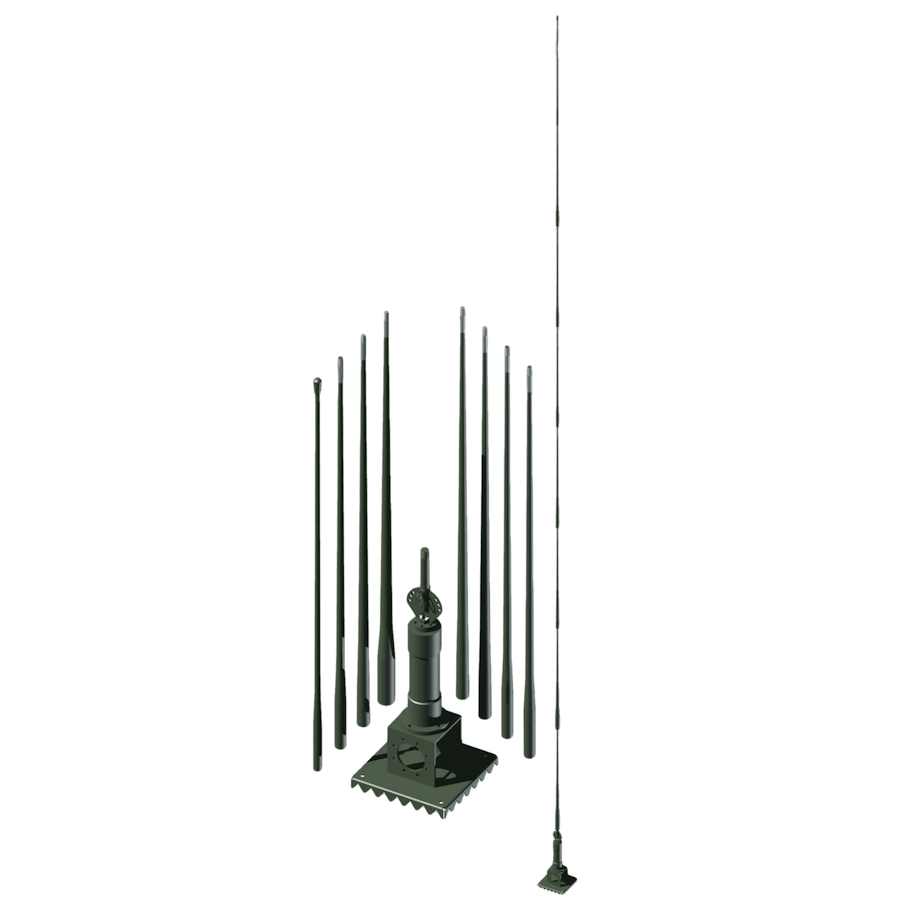 The TDMP2X30 is designed to enhance the capabilities of the common HF tactical radio application by allowing tuner-less operation across the HF band. This antenna base has integral broadband impedance matching allowing broadband waveforms to be utilized even after the addition of higher power amplifiers.

Additionally, this antenna will cover 2-60 MHz with a VSWR of less than 3.5:1. For more efficient operation in the 2-5 MHz region of spectrum an accessory tuner is included to provide a lower VSWR required by some tactical transceiver products. The tuner can be located anywhere between the transceiver output and the input of the common mode choke. The tuner requires a DC voltage source of 11-16 Volts DC @ 750 mA. The connector provided with the antenna is a type N Female other connectors available upon request.

A 32ft (9.75 m) fiberglass whip, consisting of eight screw together sections, is mounted on top of a tilting whip adapter. The base matching unit is also provided with a cable assembly that includes a common mode RF choke.